We played six rinks of triples against Burpham over eighteen ends, with Merrow coming out on top with a score of 113 – 94. In addition, Merrow won on three rinks, drew one and lost two. Considering that most of the Merrow side have only been playing indoors for one season, the result was a testament to their prowess.

Our top rink was rink one with Sally W, Lorna R, and David E, who had a resounding victory. Very well done to each of you.

Wey Valley provided the teams with tea and cake at half-time, followed at full-time by a beef casserole, vegetables and roast potatoes, and profiteroles to finish. Thanks to Nicky, Tracey and Alesha for the catering, and to Robert behind the bar.

The next time we meet Burpham will be an outdoor match (at home) on 26th May. Check the fixture list for more details.

And now, a few pictures of the event. I was so busy playing, I almost forgot the photos! 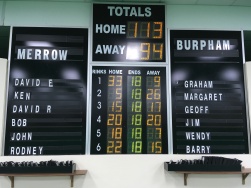 Today we rolled our green for the second time, in preparation for the new season. A big thank you to all who put their backs into pulling the roller.

A further rolling session is planned for Friday, 2nd March; all helpers welcome.

In the meantime, here is a photo of a very lush looking green following today’s roll. 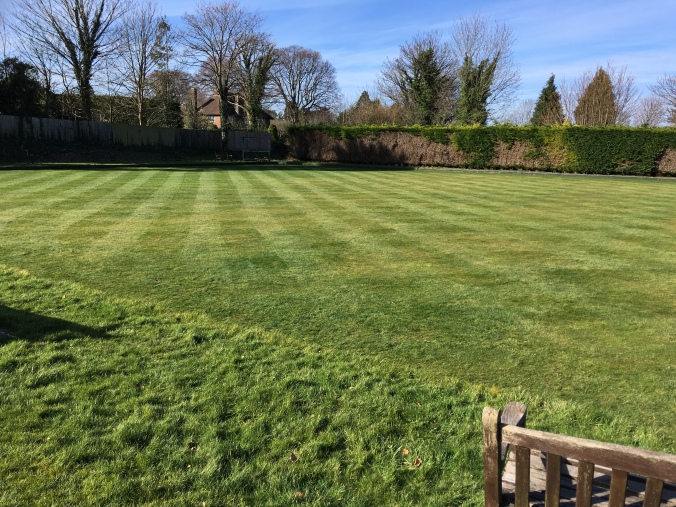