On Sunday, 26th January, Merrow bowlers travelled to Camberley IBC for our annual friendly. Due to a number of factors, we could only raise twelve players, instead of the planned fifteen, but Camberley were very understanding, and organised a match for six of their own players to make up the numbers.

As expected, this was to be a very tough fixture, with Camberley fielding a much more experienced and stronger side than Merrow. However, we all played our hardest, and on each of the four rinks, we certainly did our best to take the game to Camberley. The break for tea seemed to give the Merrow players renewed vigour, and we all came out fighting to win the remaining ends. However, the final score of 98-45 showed Camberley’s class, which we can only aspire to at present.

We had the unusual situation of two top rinks for this match. Both David E and Ken’s teams lost by the same margin, and won the same number of ends! However, Lewis, Lorna and Ken managed to keep their opponents in check to a greater degree, gaining them the accolade of Top Rink (and a chocolate bar).

The day was rounded off with a delicious roast dinner, followed by the raffle. At our 2019 match Merrow won all the raffle prizes but we were not quite as successful this year. All in all, a most enjoyable afternoon’s bowling with a friendly opposition. We look forward to our next meeting in 2021.

Merrow’s final match of the 2019/20 season is on 16th February, when we play Burpham over six rinks at Wey Valley. If you would like to play, please let David R know, either by email or phone. Alternatively, drop into the club and write your name on the team sheet.

Here are a few photos of the day. I was so engrossed in the match, I almost forgot to take any! 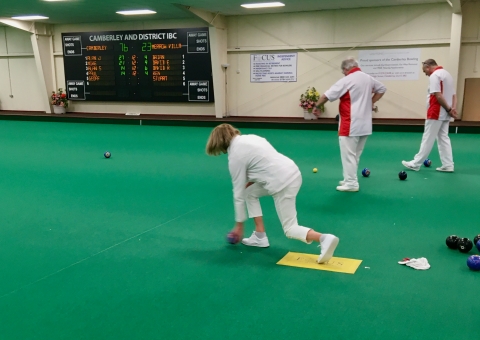 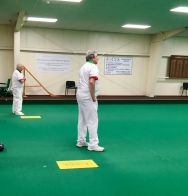 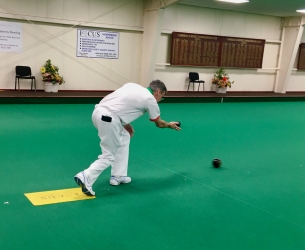 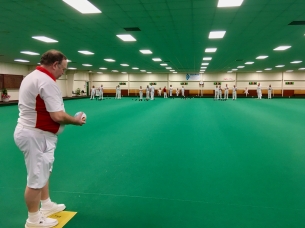 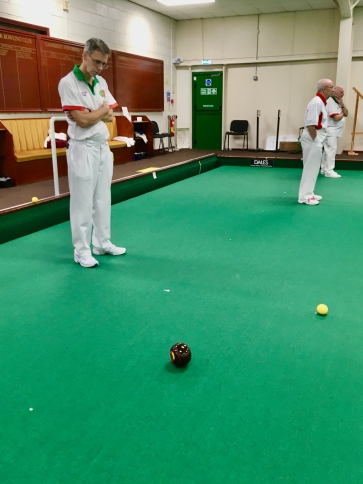 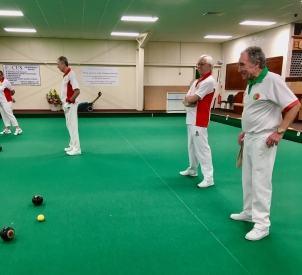