On what must have been the hottest day of the year so far (32+), Merrow travelled to Dorking for a match of three triples at Pippbrook.

Under a blue sky with the sun beating down, the teams embarked on the first of eighteen ends. Hats and suncream were the order of the day. Merrow were soon battling hard and, on two rinks, moving ahead. Plenty of liquids were being taken on board, as we were playing straight through without a break. Sadly, one rink conceded early, as a Merrow player was unable to continue due to the heat.

The match ended with each side winning a rink, and one drawn. However, the overall score favoured Pippbrook, who won 57-44.

Merrow’s top rink was Lesley, David R, and John, who won 21-19. Our drawn rink of Judy, Lorna, and Ken, narrowly missed out on a win, with Pippbrook gaining a single on the last end to draw level.

The post-match tea was welcomed by everyone. 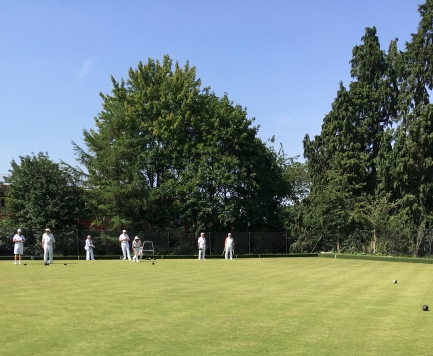 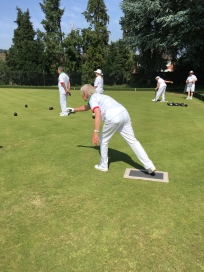