With the match requiring 24 bowlers on each side, Merrow struggled to reach the required numbers. However, we were fortunate to have some volunteers from other clubs coming to our rescue. Our special thanks to Rodney, Frank, Maggie, Mike, Trevor, and Brian Conley (Burpham), who joined us for the afternoon. The match was played in good humour, and with plenty of interaction between the teams.

With an overall score of 125-82 in Merrow’s favour, one would think that the match was very one-sided but that was not the case. Of the six rinks, Merrow won four, drew one, and lost one, with Burpham’s captain Vince winning on his rink. Merrow’s top rink was Lesley, Jarek, Andy, and David E with a great score of 29-7, narrowly beating John’s team for the honours. The afternoon concluded with a delicious roast dinner, enjoyed by all.

We look forward to hosting Burpham over the summer, and again next February.

I’m afraid the match photos aren’t that good. I was trying to use a camera instead of my phone but it didn’t really work indoors. 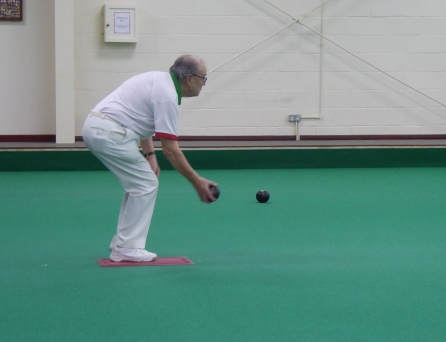 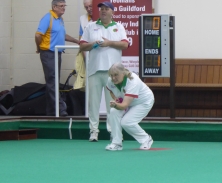 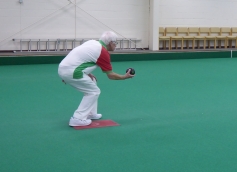 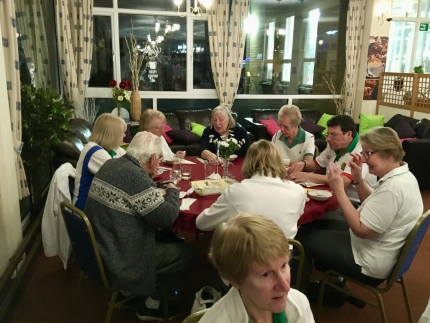 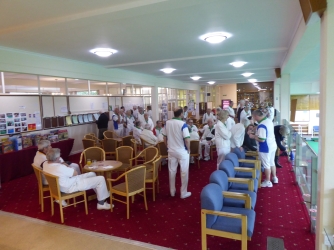 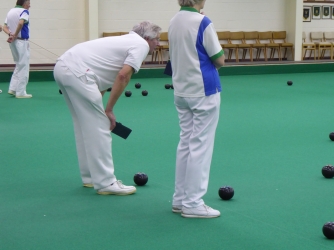 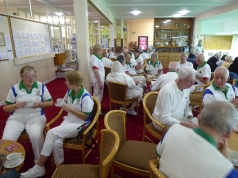 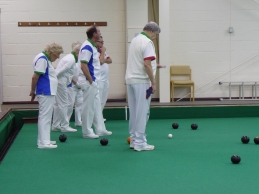 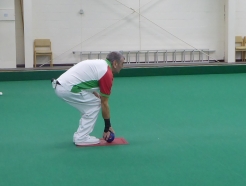