On Sunday, 16th August, we travelled to Elstead for our second competitive Friendly.

We were due to play a match of two pairs but due to a mistake on my part, we had five players. Elstead fielded an extra player, meaning that we played one pairs, and one triples. We abided by the covid-19 rules to avoid contamination.

The match started under threatening skies, and we were soon treated to a light rain shower, followed by a heavier downpour which stopped play for a short period.

The two rinks had mixed fortunes. On rink 1, John and Sally were storming ahead, while over on rink 3, we were having a much tighter match.

The end result was an overall victory for Merrow, with a total score of 42-24. A big well done to John and Sally, winning 28-8. From leading when going into the final end, Mark, Jarek, and David were unfortunate to lose 14-16. Well played everyone.

Jarek and Mark keep a close watch on the head 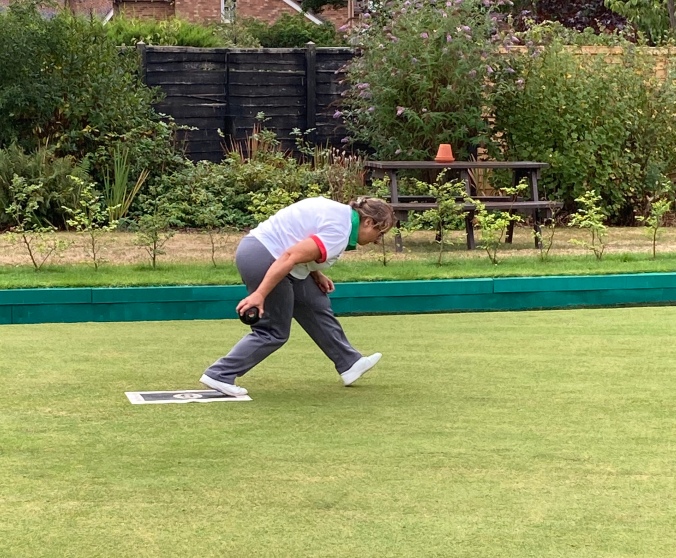 Sally gets her bowl away

John watching the head build up