On Monday, 11th September, Merrow met Albury in the final of the Harding Cup. The match was played on neutral ground at Puttenham and Wanborough BC. For those of you who are unaware of the Harding Cup, this is a competition played between local villages. Each side must provide two teams of triples, each team to include one lady bowler.

The match was played on an afternoon that was generally sunny and on a green that was extremely fast, with little opportunity for bowls to turn. Several members turned up to support Merrow’s players and they were rewarded with a thrilling match. With one end to play on one of the two rinks, Merrow needed three points to win, or two to draw and force a play-off. Sadly for Merrow, we could only make one point, meaning that Albury won the final by a single point. However, our disappointment was tempered by the fine performance by the Merrow team, comprising: Debbie, David E, and David M, Judy, Tony C and Bob. Well done for battling right to the end and so nearly taking the match. 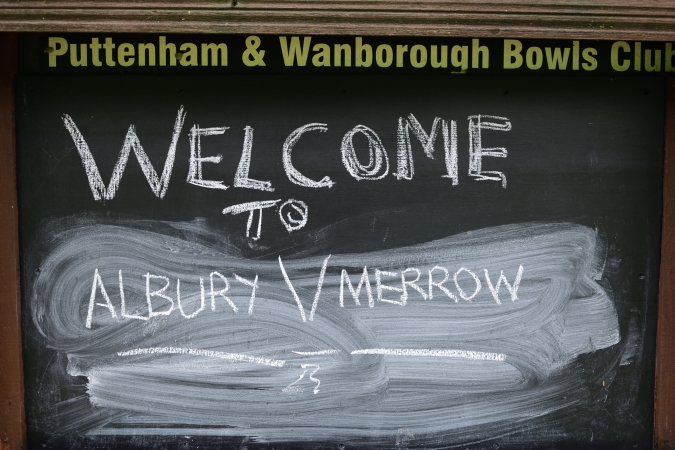