On Saturday, 18th August, Merrow entertained Woking Park. Due to a misunderstanding, we ended up playing three rinks of triples instead of four.

A cloudy afternoon soon had the sun breaking through, warming things up.

Merrow started well, but started to run into problems as Woking got to know the green. However, we also got into our stride and were soon back on track.

We broke for tea after ten ends. Everyone enjoyed Sally’s cakes and a refreshing cup of tea.

After tea, Merrow stepped up the pressure, eventually winning on all three rinks, with a final score of 57-45. Top rink by one point was Debbie, Mike, and Colin with a score of 21-15. Well done to all players, a fine win. 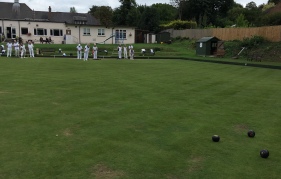 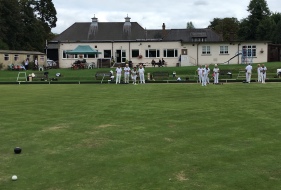