Saturday, 1st September promised to be warm and sunny. Fortunately, this proved to be the case when we entertained Ripley for a friendly of four triples.

On arrival, Ripley were a player short due to illness, so Merrow’s Tony C volunteered to step in for the opposition.

Initially, Merrow were ahead on three rinks. Sadly, Merrow’s Mike had to retire after six ends due to back pain. Out of the blue, Mark’s son Ben stepped in as substitute. Now, Ben had only had a roll up on the Thursday but had shown some promise, but he was soon contributing to the match, much to his Dad’s pleasure.

We all stopped for tea after ten ends and enjoyed tasty home-made cakes provided by Debbie, Joan, and Lorna. Many thanks to Jean for dealing with the teas.

The match resumed with mixed fortunes. At eighteen ends, both sides had won two rinks, but Merrow triumphed overall by ten points, 66-56. 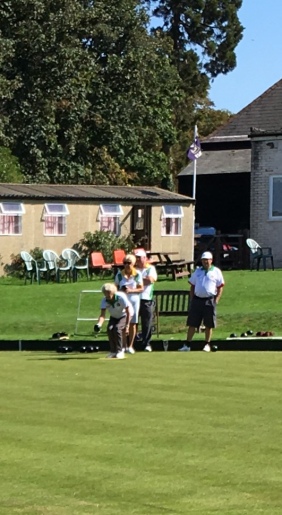 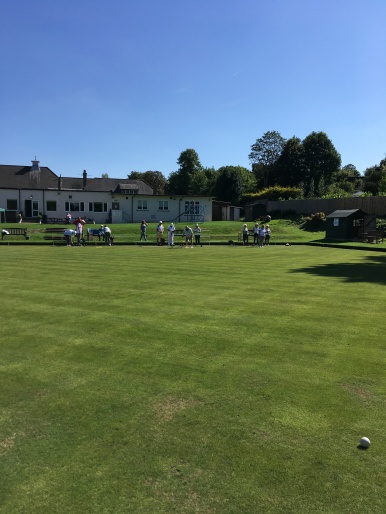 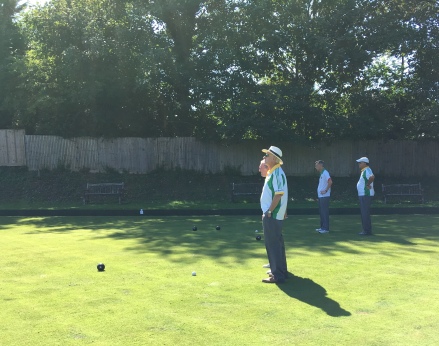 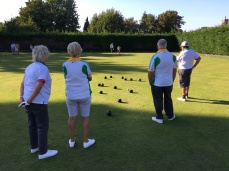 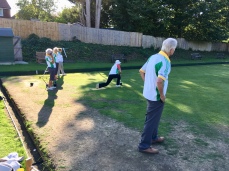 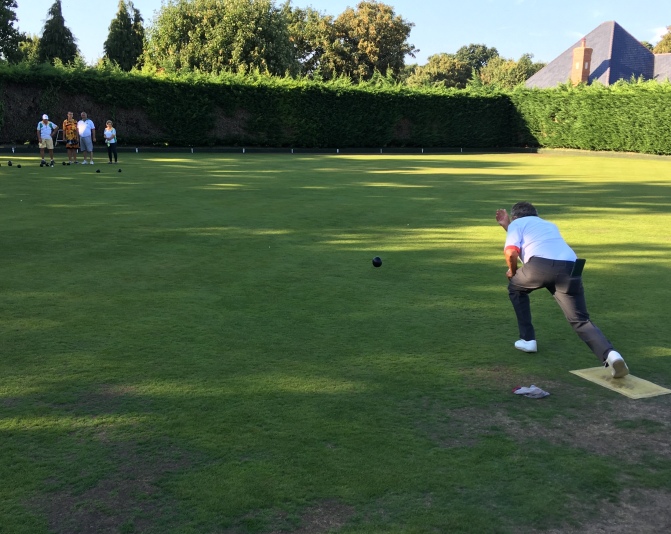