On Saturday 17th August, Merrow hosted the return match with Woking Park. Under a threatening sky, we were to play three triples of eighteen ends.

Due to other competition commitments, Woking Park were only able to field eight players, so Len was drafted in from Merrow to make up their numbers. Merrow got off to a good start, really putting pressure on Woking. At the break, Merrow were leading on rink three, with the other two rinks staying close to Woking.

After the break, Woking really got into their stride, and moved ahead. Despite a spirited fight back on rink one, Woking won on all three rinks, with a score of 49-70. Commiserations to rink one’s team of Tony, Lorna, and Bob, who lost by just two points after a strong second half.

Our thanks to Brian T for providing the interval teas. 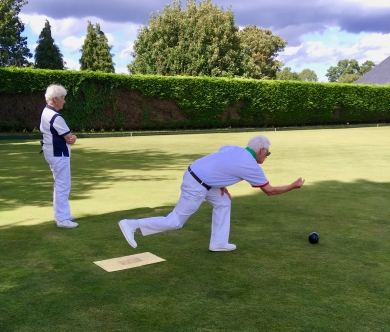 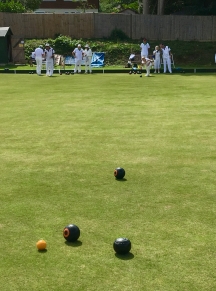 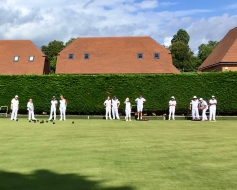 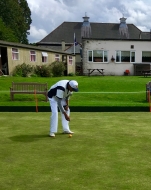 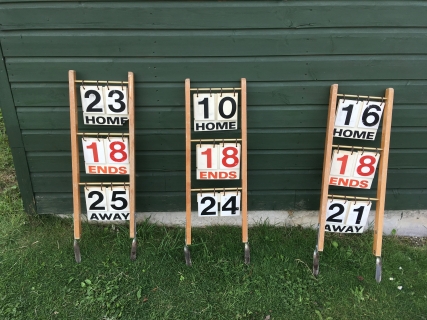